The first thing is first. The wallpapers have to go. It started one cold winter weekend. 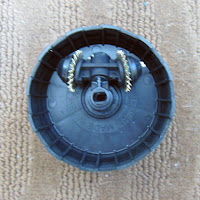 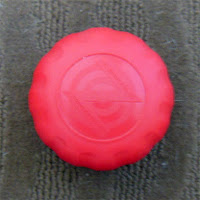 The top layer of the wallpapers seems to be from '70s or later. I can say that because it has plastic, vinyl or some sort of a film on the top which prevent water to penetrate. No matter how much water I sprayed, it didn't come off at all. So, it's time to call my dependable helper! This little guy pokes all over the wallpaper. Water can go through the holes and loosen it. 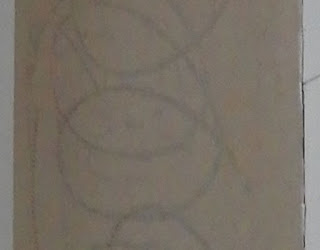 After rolling around the teeth and spraying water on the wall, the film part came off. Then, another spray lifted the paper layer. That revealed the second layer, tada~! 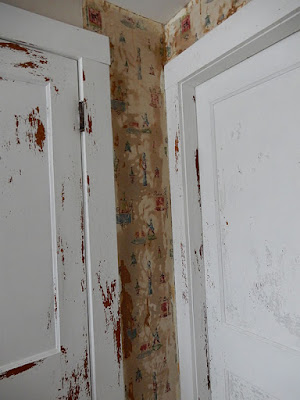 Its colors are torn. Its motif is nothing like Victorian wallpapers, but it could be a hip looking back then. Somebody took time to pick this pattern for this room looking through catalogs page by page. I'm sure it was much bigger deal than picking a paint color nowadays.

Its theme is store signs. It has a butcher (it looks quite cruel that he has a live pig on the knife.), a bakery, an entertainment (whatever the entertainment is.), a barber, a hat store and a cafe. 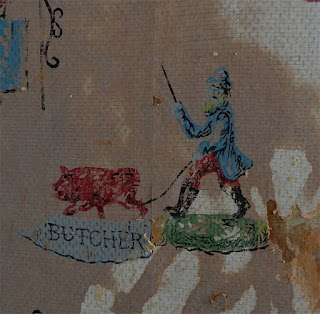 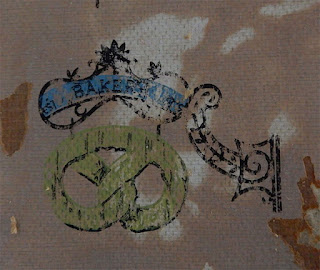 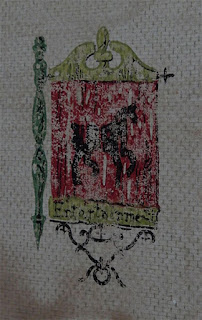 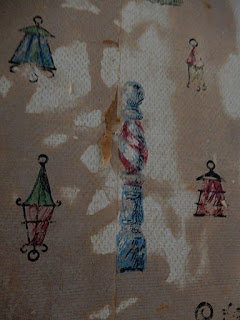 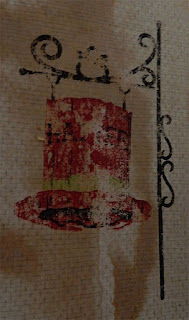 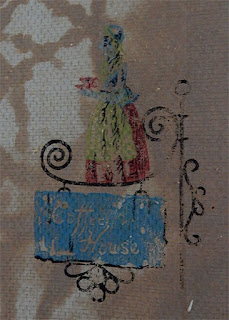 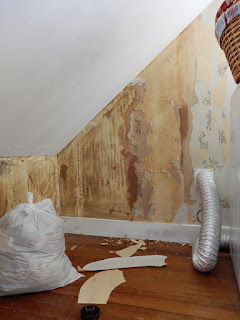 Not surprisingly, another layer showed up beneath the second one. The third layer was very hard to see its pattern. I saw a lot of tiny light green strokes on lighter green base color. This one was particularly challenging because it didn't come off like the other layers. I had to scrape it off with the putty knife. I have no idea what kind of glue was used for that one, but it was quite glue.

After some muscle work, finally the plaster showed up. Some areas have wall boards, too. I guess this is the interesting part of an old house. You never know what's exactly there until you open that up.

Two thirds of the wallpaper was gone with two trash bags. At that point, I was mentally done with this task not mentioning it had been more than a few months since I started working on it. It was quite sad to peeling off the wallpaper every weekend. My life should be more fun than this. It was late spring. I saw blue sky over the window. A nice breeze was coming in. Here I was stuck inside with the stubborn wallpaper.

The kneeling wall looked like a lifesaver to me. Because of the pitched ceiling and low wall, the wallpaper coverage is less comparing to a room with a non pitched ceiling. Anything to reduce the work looked pretty fabulous to me. I had been aware that I would hit this mental phase. I just had to get it done to move onto the next step. There was no way going back. Just get going! 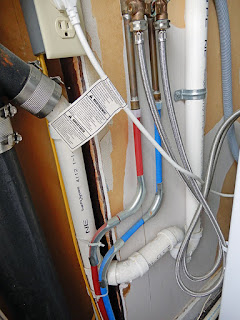 I started from the easiest corner. Well, I had been avoiding to think about what to do with this area. And, here I was. When plumbing and wiring are screwed on the wall board, it doesn't help to peel off the wallpapers at all. This picture only shows the plumbing part. This area could be totally removed when the washer and the dryer are set to their permanent spots. So, I could leave it out for now with a bit of the eye sore.

It already looks bad, so what could be worse by leaving it? ... That would be me. I can imagine I would get irritated every time I see the area. For my sanity, I had to take care of that.

This is just the beginning of this area. The top film of the first layer was partially removed. I could feel the trouble I was getting into.

I unscrewed the supporters of the pipes, but the tight space behind the washer was not easy to work with. It is too heavy to move the washer to me. So, I had to work with the given space. 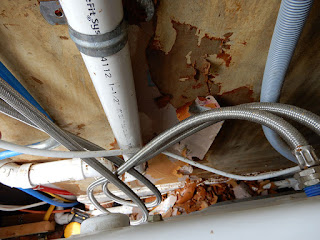 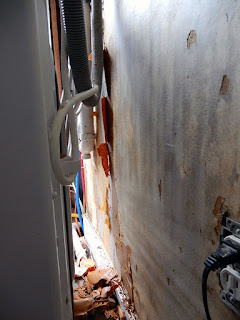 After a spark (yes, I shut down ⚡️ in this room before ruin my washer and dryer.) and a little aggravation and patience, all wallpaper I could remove was gone from the room. Yay!

Yeah, that task was done, but the room looked worse🤣 Well, it's called a working progress.

It was not only plaster and wallboard showed up under the wallpapers. Please meet the holes and the gaps! 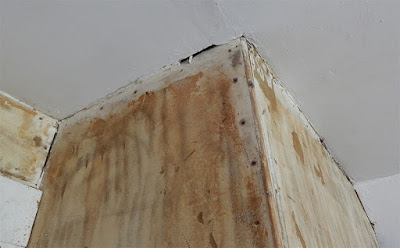 The other side of this chimney walls did not fit well at the corner. That corner had a gap, too. Some nail heads needed to be covered. Also, I worked a little too hard when I was on the third layer. I damaged some wallboard by scraping it off. One more step before painting. I patched all imperfections I found. 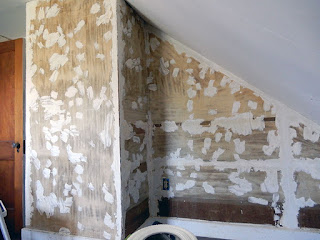 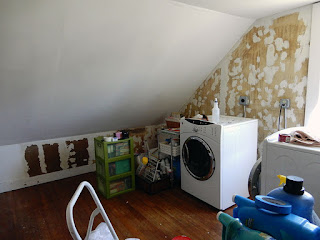 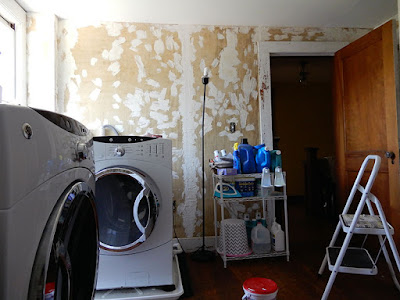 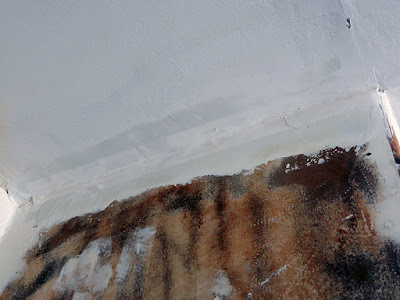 Then, I went to town. Here are some of them. 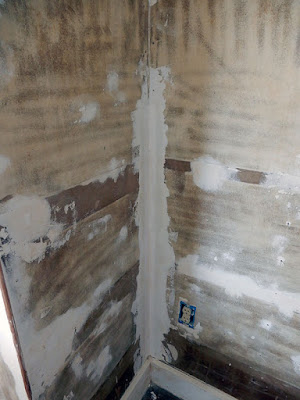 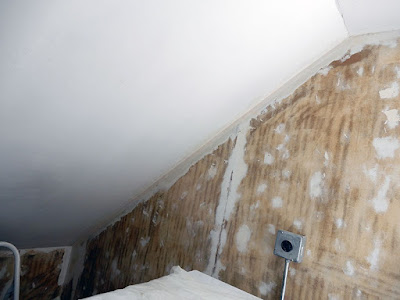 FInally, the wall is ready to paint. It was already August. More work was ahead of me...